New Release - In The Shadows of Glory - My NBA Life by M.S. Lily Stargazer

Here's an excerpt from Lily Stargazer's memoir on her life with a professional NBA player. 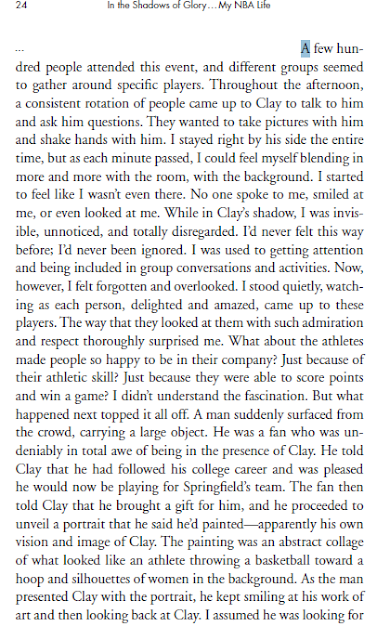 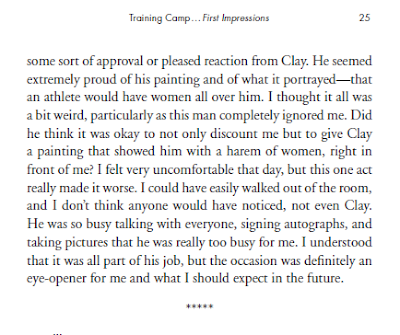 Lily Stargazer was born in the Dominican Republic and raised in NY. Lily grew up middle class, attending private catholic schools first through twelfth grades. She earned good grades and was involved in many activities.  After graduating from high school, Lily attended a State University in NY where she studied economics. While a freshman, Lily found herself working as a teacher’s aide at a home for troubled girls. She found her contributions personally satisfying and this would be the first of many times throughout her life that she worked with young girls in a mentoring setting. This included volunteering with the Boys and Girls Club, Big Bros, Big Sis, Junior Achievement and she even created and led a program for preteen girls encouraging personal development.

After two years of college, she transferred out of state on a whim to attend college elsewhere. After arriving at her new school she met Clay, who would become her long-term boyfriend/fiancé and a top pick NBA player. Lily went on to travel the world and experience the professional basketball life with Clay. During their relationship, she continued and completed her undergraduate education. She also worked as a model, mostly working small print jobs and music videos. Clay and Lily were involved in a relationship for over thirteen years. During that time she was amidst and surrounded by the temptations and trials that came along with fame and having millions of dollars your disposal. Through it all she was able to remain grounded.

Lily completed graduate school and received an MBA with a concentration in finance and entrepreneurship. She later worked as a business consultant, in the financial industry as a financial advisor and also the health and beauty industry as a consultant.  Her greatest passion however is to be a mentor and motivator and to inspire women to pursue and find happiness and success in their own lives. Lily’s vision is become a positive role model to women and a life coach/motivational speaker/public figure who encourages goal setting, personal and professional development while also stressing the importance of living a life of integrity.

Lily is now married with a small child and lives in Texas.
book news excerpts in the shadows of glory lily stargazer memoir my NBA Life