Introducing Paula Priamos, Author of The Shyster’s Daughter: A Memoir

By Tracy - September 16, 2012
Roundtable Reviews doesn't often have guest bloggers, but it's due time we started adding them! Welcome to Paula Priamos, author of The Shyster's Daughter: A Memoir. Details about the book follow her post. 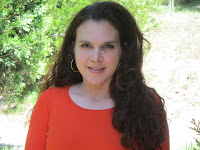 I was raised in and out of courtrooms all throughout Southern California. In his day, my father represented white collar criminals, murderers, rapists and the occasional politician caught literally red handed with his pants down in a very public park. But years spent distorting and working around the truth as a criminal defense lawyer turned my father into a criminal himself. He was disbarred for what the State Review Board called “committing acts of moral turpitude,” a generous term for embezzlement. In my memoir, The Shyster’s Daughter, I defend the man, my father, who spent his entire career defending others.

The book begins with the last time I spoke to him. He called to tell me he’d just cheated death. A gunman in a ski mask approached the driver’s side door and threatened to blow his brains out. My father, a stereotypical big mad Greek, flipped the guy off, then drove away. Eight hours later my father was found dead. Part of my memoir investigates the time between my father’s final phone call to me and when he died. The other story is our story, his and mine.

When my parents broke up, my mother gave me forty-five minutes to decide whether I wanted to go with her, my older sister and younger brother to our much nicer second home on thirty acres two thousand miles away or stay with my father. I chose to remain with my father because I was afraid of what he might do if he had no one to come home to. I was afraid the hunting rifles he kept in his walk-in closet would be all the more visible now that the closet was half empty. I was afraid my mother leaving would give him ammo.

My personal story is about being raised by a father whom I found (on the day my mother left) sprawled face down on the floor of his office with the lights turned off. It is the story about a girl who instructed her father to get up, then shut the door so he could collect himself. And it is the story of a father who told his daughter in a moment of deep vulnerability that she had no idea just how strong she was. But more than the story of the girl, it is the story about the woman I’ve become, for better or for worse, by being a shyster’s daughter.

To learn more about The Shyster's Daughter or to purchase a copy, click below: